Okay, girls.  This is for you.

Today I'd like to talk about dating in high school.  If you're in middle school, go ahead and add yourself into this conversation as well.

I'm JUST starting college, so I'm barely out of high school.  I remember like yesterday (because it basically was) how much pressure there is to have a boyfriend.  I remember my senior year, I mentioned to one of my friends that I'd never kissed a guy, and this friend literally said in a kind, but very patronizing way, "Awwwww, Emily.  That's so cute!  But... why?"  While I am so blessed that my closest friends also abstained from

romantic relationships in grade school, I know what it's like to feel pressured to date.  I know that most people look at you like you're crazy when you say, "No, I'm not looking for a boyfriend.  I don't want a high school relationship."  I know because that's what happened to me.

And I know that it's more than just peer pressure.  Sure, it's not fun to be given strange looks and teased because of a choice, but we aren't finger puppets.  Our actions aren't controlled by our friends.  We're individuals.  We can make our own decisions.


WHY do you want a boyfriend at this point in your life?

You're obviously not ready to start looking for a spouse.  You can give me the expected argument: "I have a teacher/friend's mom/neighbor/uncle/grandparent who started dating someone in high school and they're happily married, so there."  I know, I know there are stories like that in real life.  But they aren't the norm.  In fact, they're very, very rare.  They're so rare that you can't use those instances as an excuse to start looking for a boyfriend at 15, 16, 17 years old.  In fact, I'm almost nineteen and I still struggle to imagine myself being married, even if I'm "legally" old enough.

That's the purpose of dating though, isn't it?  (If not, then shouldn't that be the purpose?)  It doesn't make sense to try to fall in love if you don't want to get married.  When you start a relationship with someone, you should be thinking: he might be the one.  In high school, it's not time to be thinking about marriage.  And if he's really the one, then why wouldn't he be willing to wait a few years for you both to grow and mature?

So if you aren't yet ready to start searching for a future husband, then why do you want a boyfriend right now?

Is that much different from the reason why you want a boyfriend?  To feel good?

The problem about this is that when you're still in grade school, it's simply not time to awaken those romantic feelings.  You've probably heard the verse that every single Christian dating book tends to mention, Song of Solomon 2:7.


"Daughters of Jerusalem, I charge you by the gazelles and by the does of the field: Do not arouse or awaken love until it so desires."

That verse used to bug me so much when people used it to say: "See, this verse is proof that it's a sin to date in high school!"

"Until it so desires?" I would think to myself.  "Are you kidding me?  How do you know it doesn't desire right now?  I feel like I'm ready to find love."  But let's be logical.  Yes, Mary fell in love as a young teen.  Juliet fell in love at thirteen.  But in this day and age, is it healthy to fall in love as a young teen?  Is it realistic that you'll stay together?  Is it good to fall in and out of love when you're not even old enough to drive a car?

When you're truly mature enough and ready to start looking for the guy that the Lord wants to put in your life, then perhaps it's time.  Then perhaps you can arouse or awaken love because it so desires.  But right now, what is the purpose?

Before, during, and even after a high school relationship, your thoughts and feelings will be consumed by a boy.  When you're crushing on him, you cannot help thinking about him all the time.  Believe me, I know.  Throughout the day and night, your mind wanders to him: what he's doing, who he's talking to, whether o 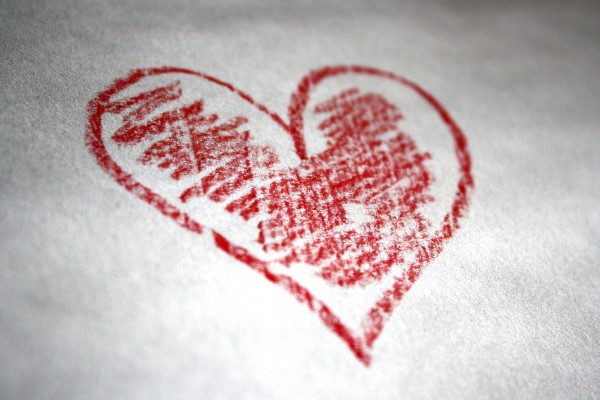 r not he's thinking about you too.  During the relationship, you'll constantly think about him and want to be near him.  After the relationship, your mind will still frequently wander to him.  You'll still want to know what he's doing, who he's with, whether or not he still thinks about you.  Your mind is going to be packed full of thoughts about this guy for a long time.

The teenage years are a time to grow closer to the Lord and develop a strong foundation in your relationship with Him.  Right now is when you need to start setting your standards and try to discover who God wants you to be.  When you're focused on a boyfriend, then it is so easy for your thoughts and your heart to become distracted from Him and instead set upon him.

Now I'm not going to go so far as to say that dating in high school is necessarily a sin, at least not in every case.  It's a tough decision that is ultimately up to you and your parents.  However, I do think that dating while in high school will most likely lead to distraction, heartbreak, and doubt in yourself, others, and even in God.

Right now, while you're growing and transforming in your relationship with Christ, ask Him to become those feelings of fulfillment and adoration that a boyfriend would give you.  I know it isn't going to be the same, but it has the potential be even better.
Posted by Emily at 8:06 PM