David was a 3 month old infant without a name when I met him. His mother, Helen, had ten children. She explained with weariness in her voice that her husband had died 7 years before. Mentally I counted the number of small, barefoot children running around me. At least 3 had been born within the last 7 years. 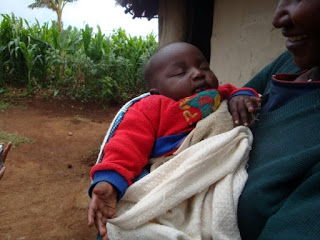 The pastor over this region explained that Helen had no money to fertilize her quarter acre of land, so her crops didn’t grow, so they had no income or food, so her children were starving, so she acted as a mother in true desperation and gave her body in exchange for food for her children. This sacrifice created more children, more mouths to feed, and a cycle had been created that Helen could not break.

CRF acted quickly to help this struggling family. The children were put into the sponsorship program and my 16-year-old self convinced my parents to step in and sponsor David. 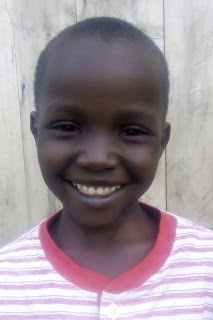 At the time, David’s future seemed bleak. 59 children die per every 1000 in Kenya before the age of 5—and the poverty within David’s family raised that statistic tremendously. Preventable diseases and malnutrition were a future that loomed over him. David was literally nameless, destined to exist in the forgotten outskirts of extreme poverty. But Christian Relief Fund’s support of this child changed everything.

It’s been seven years since I met little David. He is now in the first grade and #1 in his class. He can read and write. He is healthy, handsome, and bright. I’ll see him for the fourth time this summer. I truly believe this precious little boy will one day care for his sweet mother and he will be a capable, educated provider of his family.
Posted by Emily at 3:41 PM