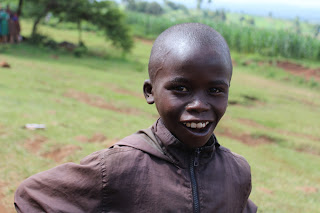 For a brief health lesson, there are 4 main kinds of malnutrition. The two severest are acute malnutrition—marasmus (the skeletal, wasting, end result of starvation) and kwashiorkor (the swelling of the stomach, face, and extremities—also a very severe end-result of starvation). Chronic malnutrition causes stunting, lack of development physically or mentally. And finally there is micronutrient malnutrition, such as Vitamin A deficiency, iron deficiency, and so on—often referred to as under-nutrition or simply hunger. Most of the hungry in the United States have the micronutrient level of malnutrition.


Corruption, conflict, greed, and extreme poverty have limited certain people groups from having access to regular nutrition. Did you know that experts have estimated that the number of hungry people in the world would be reduced by 150 million if women farmers were just given access to the same resources as men? 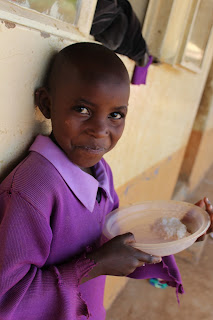 1 in 4 people in Sub-Saharan Africa are undernourished. 1 in 4 of the world’s children is stunted by chronic malnutrition. 11 million children under 5 die in developing countries each year—and 60% of these deaths are caused directly by malnutrition.

These numbers are so much bigger than the mind can wrap itself around. An individual cannot end world hunger—but there are some ways you can help put a dent in the issue.

Support the education and nutrition of women and children in the developing world. Give the vulnerable access to resources, information, training, and tools that can enable them to become farmers and agricultural experts. So many CRF sponsored children graduate and choose to become educated farmers who understand agriculture, irrigation, and so on—and they turn around and help to feed their hungry communities.
Posted by Emily at 10:21 AM