The Transformation of Mt. Elgon


Isn’t it encouraging to see a beautiful transformation? 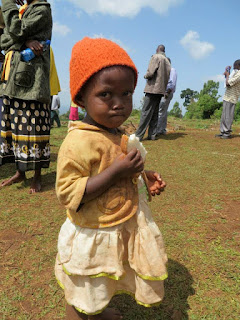 When I visited Milton Simotweet Primary School on Mt. Elgon for the first time, there was so much extreme poverty in that place. Children had white and rust-colored hair, swollen stomachs, and painfully thin limbs, all due to starvation.

Our team made the journey halfway up this mountain to the school and our hearts broke as we saw orphans who were hungry and alone in the world. Only a few years before, civil war had ravaged the mountain. Many adults were killed and even more of the women died later on from AIDS given to them through sexual assault. This left thousands of war and AIDS orphans on Mt. Elgon and they were so, so needy.

The CRF program was newly established when I first visited. The entire elementary school met in a single assembly room. Each wall was where two classes gathered around each half of a blackboard. One staff member said it was difficult for the children to know which teacher to listen to at a time—can you imagine? 8 lessons taught aloud at once in the same room where hundreds of children gathered to learn. 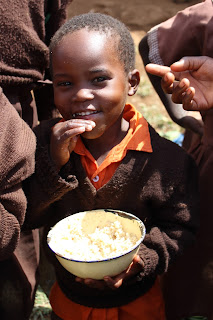 My team was served a loaf of bread that formality required us to eat (okay, I may have still given mine to the little girl above wearing a beanie). Meanwhile the children sat around and watched, empty-handed. There wasn’t enough food to feed the orphans.

When I returned to Mt. Elgon in 2015, there was total transformation. Classrooms and wonderful learning environments for the children. Desks. Workbooks. Educational posters.

And when we gathered for the assembly, we all feasted—there was enough food and soda for every single child there. The children looked healthier and stronger. So much more laughter rang out than it had two years before.

Tremendous hope can be found in Mt. Elgon—and a beautiful transformation has taken place. 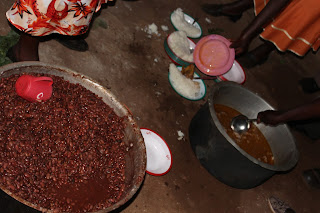