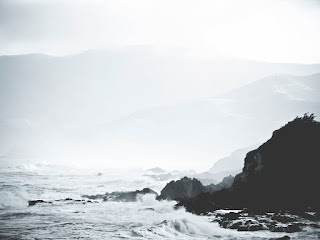 Genesis 6:7-8
"I regret that I have made them.” But Noah found favor in the eyes of the Lord.

Noah was a testament to the boundless mercy of God.

When the Lord regretted His creation of humanity, He favored Noah. A man from the same dust and the same breath as other men worshiped God and found favor in a dark and broken earth.

God kept Noah - but not only Noah. He kept those that Noah cherished. Three sons. Three daughters-in-law. His beloved wife. The Lord knew the desires of Noah's heart and met them, even while feeling the anguish of every soul that fought against Him on that earth.

The mercy of our Father is immeasurable. We deserve the worst - and He has given us His best: His Son. He has kept a remnant in the flood, in the brokenness, and He meets the undeserved desires of our hearts.
Posted by Emily at 4:30 PM