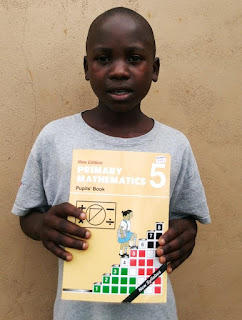 This is Edwin. He is a partial orphan living in Rongo, Kenya. Edwin's dad died several years ago and his mom can't find work, as she is bed-ridden from HIV/AIDS. Edwin has 3 younger siblings. While he lives at the Neema Center under CRF support during the school year, he often visits his biological family to help meet their needs as best as they can.

Last week, Edwin approached his field director, Lawrence, and pulled a brand new school book out of his bag, explaining that he had sold a cockrel this weekend to buy his own book.

From an initial three hens given to him by CRF, Edwin has raised fifteen chickens. He was able to sell one to buy a textbook and this month he also gave three to his widowed mother for food. At twelve years old, Edwin is responsible and innovative. He could have used the cockrel to buy himself a soccer ball or candy, but instead he wanted to pursue his education.

I love this story! When you sponsor a child, you are equipping them to succeed. You are helping refine a child's God-given abilities so they can become providers for their own families one day (or right now, like Edwin is). 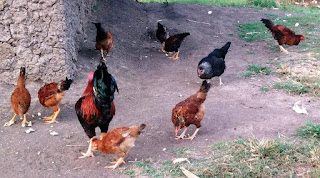