I grew up in a Christian home.  Some of my earliest memories are of Sunday School and AWANAS.  When I was younger, I thought the faith of my parents could get me to heaven.  I didn't bother to believe for myself when my family could believe for me.  I accepted my parents' faith without question. 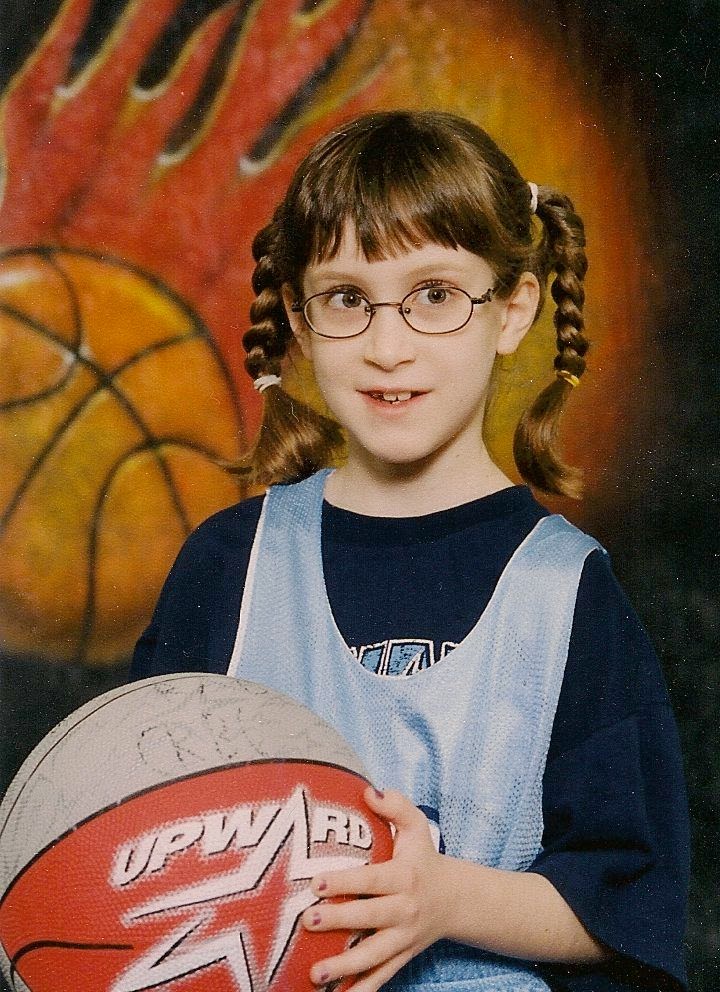 When I was eight years old, the Twin Towers were attacked.  This tragedy shattered my young mind to pieces.  I was a little girl who did not understand why the same bad men who killed so many people in New York wouldn't come to my town in Texas and hurt me too.  I began to suffer from severe anxiety, depression, and panic attacks.  I wouldn't eat or drink without being forced.  I wouldn't go outside and play with my friends.  I couldn't bring myself to cross the street to get the mail in the good neighborhood where I lived.  I couldn't sleep at night.

My panic attacks would cause me to be nearly unable to breathe.  My heart would race in my chest, skipping like a rabbit.  One severe panic attack even sent me to the emergency room... at nine years old.  I was a little girl who suffered with big issues, and my parents were at a loss of what to do.  My mom began to get up thirty minutes earlier than the rest of the family to pray that God would save me from my fears.

The day before my tenth birthday, I was reading a book called "Left Behind" by Tim LaHaye and Jerry B. Jenkins.  The book was about the rapture and everything involving that subject.  I began to think about what it would be like if Jesus came and took all of the Christians up to heaven and left everyone else behind.  I knew I would be the only one out of most of my family and friends who would be left.  I would be alone.  This frightened me to the core.  I finally realized that I could not rely on my parents to believe in Jesus for me anymore.  I had to believe in the Lord because I knew it was true.

I got on my knees right where I was and told Jesus that I was a sinner, I believed that He died on the cross for my sins, and I accepted Him as my Savior and my God.

I was around eleven or twelve years old when things began to change.  I've always felt a huge empathy for those lost in poverty.  I began to wonder, "If God really does love everyone, then why does He let so many kids starve to death every day?  He can't love us."  And I started to doubt.  Doubt, if not put in check, can spread like a wildfire.  I soon began to dismiss God completely.  I openly denied to my friends that He even existed... and if He did, I thought He surely must hate the world.

Depression and feelings of worthlessness hit me hard after I dismissed my faith.  I felt stupid, ugly, and unlovable.  I was more depressed than I had ever been before.  I began to cut myself... occasionally at first, but then it became a dangerous addiction and an outlet for me to release my anger and sadness and pent up emotions that I would never let anyone else see.  I wanted to hurt.  I felt like I deserved the pain I caused myself.  Soon, I was out of control, hurting myself frequently without telling a soul for a long time.  When I finally told a friend, he was too young to understand the true impact of what I was doing to myself.

My parents found out about my self injury and obviously panicked.  They were once again at a loss of what to do.  I was depressed, miserable, and I put a wall up against everyone around me.

The summer before my freshman year of high school, I made a 'deal' with God.  I basically said, "God, if You exist, then I want You to show me a sign.  Prove that You can work through me.  Prove You exist.  If You don't, I'm going to kill myself (and make sure it works this time) before school starts back in August.  If You give me reasonable proof that You can work in my life, then I'll give my life to You.  You can have it.  I don't want it anymore."  I thought my promise was an easy way out of my problems.  I could justify my suicide by blaming God's lack of presence in my life.  It seemed perfect.

That summer, my parents sent me to a nine day training program that teaches teens how to witness to kids.  I was mortified.  I didn't want to share my so-called faith in a God I hardly even believed in.  I wasn't allowed to quit the program, so I simply shut down.  On the fourth day, they took me and some of the other teens to a park to witness to random people.  I had to share my 'faith' with a nineteen-year-old girl.  I spoke in a fairly monotone voice, inwardly begging the girl to ignore my words.  The girl was quiet and shy, but she accepted Christ that day, explaining that she had just graduated from high school and received a Bible for graduation.  She hadn't known what to do with it until I came along and explained to her what it truly meant.

This crushed me.  I went home that night and cried because I realized that God had used me, even though I was fighting against Him with all of my might.  He still used me to further His kingdom.

I went to Mexico City on a mission trip soon after.  I was able to see poverty, serve the needy, and witness to the lost through an interpreter.  I went to Angel Tree Camp and shared a cabin with several young girls whose parents were incarcerated.  Most of these girls had been abused and neglected throughout their lives and a few of them accepted Christ that week.

By the end of the summer, I was able to lead more than thirty people to the Lord.  Me: a young, timid girl with wavering faith.  There was no denying that God had worked through me.  I had my end of the deal to keep.  My life was His.  Suicide was no longer an option. 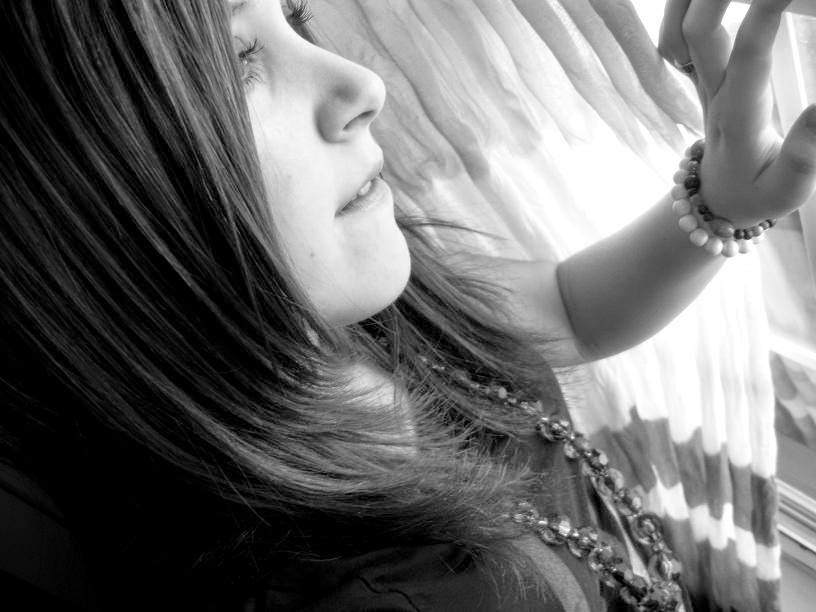 The year after I made my 'deal' with God, a friend of mine named Gatlin committed suicide.  I'd talked to him the night before and had no idea about the decision he was going to make.  Gatlin's death was devastating.  For months, I battled with God.  "I gave You my life.  I thought You could take control and keep me safe... but look at what's happened.  I'm grieving harder than I've ever grieved before.  You're doing a terrible job of taking care of me!"  To be honest, I was furious with God.  I felt like He allowed Gatlin to die out of some sort of cruel vengeance for the things I had done.  I nearly relapsed into self injury and agnosticism, but somehow, I decided to wait.  I had so strongly felt God's presence over the previous summer.  I knew He had to be there somewhere.

The first time I felt God's presence after Gatlin's death was only a couple of weeks later when I opened my Bible for the first time.  I didn't know where to turn, so I let the Bible fall open.  Psalm 77:19 was what caught my eye.  It was an obscure verse.  I'd never paid much attention to its words before, but this time, they blazed through my mind.

Psalm 77:19
Your path led through the sea,
Your way through the mighty waters,
though Your footprints were not seen.

Psalm 77:19 helped me realize that even though I couldn't see God anywhere in the chaos after Gatlin's death, He was still there.  My grief and guilt had become as strong as an ocean, crashing over my head until I felt like I was nearly drowning.  However, God's footprints were silently moving through every moment in my life.  God was softly but surely healing my wounds and bringing my head above water.  I wasn't going to drown.  He was there, even if I couldn't see Him.

Although the thought of Gatlin's death still makes my heart ache, that tragedy in my life has helped me learn to hold onto the Lord when I'm breaking.  He's the only One who can hold the pieces of my broken heart in His hands and gently piece them back together.  He's always here for me.

I'm eighteen years old now and about to graduate from high school.  I have no doubt that God has worked in my life.  I'm still growing in Him every day.  There are still difficult times I have to struggle through, but Jesus has held my hand through each trial.  Hard situations that would have broken my faith a few years ago now strengthen my relationship with the Lord.  I haven't cut since May 12, 2007.  I'm not depressed.  I have a joy and a hope inside of me that is indescribable.  You can't know how that feels unless you have it for yourself.

I want to allow Jesus to control my life now because He is so much wiser than I am.  Believe me, I've tried to run my life on my own.  It never works.  I am so glad I made the decision to keep my life.  I've been able to do and experience so many things that I never would have imagined four years ago.  I've gone to Africa, mentored young girls who have problems with self injury and depression, wrote music, made many new friends, wrote a book, and gotten the experience of sharing my home with my amazing and beautiful best friend.

A big and exciting future is ahead of me.  I'm going to move out and go to college in a few months.  I can't wait to see what God has in store for me this time.  If He's gotten me through the sorrows in my life so far, I know He can get me through the transition into a university.  His footprints are still in my life, even on the days when I can't see Him.  I can already sense the adventures ahead, and you know... I can't wait.

I've never been happier.  And it's not just happiness that I feel.  It's joy.
Posted by Emily at 4:57 PM