Today I'd like to share a quote from the book "The Sacred Lies of Minnow Bly" by Stephanie Oakes.

"'Back then, the Parisians allowed smoking in bars. When you walked in, you'd see everything through a blanket of blue smoke. I'd be at a bar stool, alone, and I'd look around and hear all these foreign voices layered over one another and see these people moving around in foreign clothes with foreign faces. And then I'd realize that, actually, I was the foreign one. I was the one who didn't belong. 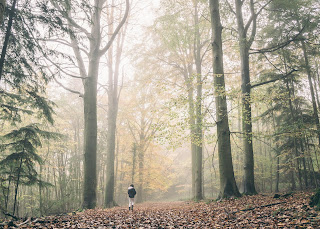 There's something about grief that makes you feel like that, like a foreigner. When I lost my son, I became a citizen of a country I never knew existed. And all of the people I ran into on a daily basis were speaking a different language, only they didn't know it. Because I was the one who'd changed. I'd sit around the office and soak in the sounds and realize that I would never be like them again. And you know the strangest part? That idea made me happy.

I started carrying this picture around, just to remember the feeling. It felt good to be different. It made me feel closer to my son. Closer to my guilt.

The trouble is, though, when you lift your head back up and look around, everything's different. Things have been moved, people have walked out.' He flicks the photograph back and forth between his fingers. 'The grief world isn't closer to where the dead live. You only trick yourself into believing that. If you stand up and move around and look at the living world, and start participating again, you're closer to them anyway.'"

Grief changes you. The world around you stays the same. People buzz from place to place, unchanged by something that has left you shattered into remnants.

I think people usually give about three days before their sympathy passes. If you lose someone very close to you, they might even give you a week. But after those three days, there are a lot less gestures of comfort or compassion; there is more frustration when you aren't motivated, when you aren't smiling, when you struggle to keep your head above the water of your sorrow.

Someone you love is gone. That can't be changed. The world is totally different now. And yet to the world, things feel the same.

This is a poem I wrote several years ago as I grieved for the loss of a close friend. It's called "Shell."

when you left i stood still
frozen in time.
you became ageless and i tried.
the spinning world was a thorn
as if people did not see
the hole
you left behind.
stepping over the place where you were
they forgot
as i stood still.
in time i knew the taste
of voices and smiles
alive.
i moved, i lived, but
like a creature shedding its skin
i left a shell, a piece
of myself behind
ageless
standing with you.

I am a foreigner in this world, defined not only by my grief but also as a child of God. Sometimes it feels like I am frozen in the loss of my uncle when everyone else is rushing forward. But I am not alone. You are not alone.


Isaiah 54:10
Though the mountains be shaken and the hills be removed, yet my unfailing love for you will not be shaken nor my covenant of peace be removed,” says the Lord, who has compassion on you.
Posted by Emily at 5:01 PM

Email ThisBlogThis!Share to TwitterShare to FacebookShare to Pinterest
Labels: grief