Waking up early, opening the blinds, and facing a new city is always an adventurous feeling.

After breakfast, my family piled into our rented mini-van and traveled about an hour outside of San Juan, Puerto Rico until we reached the edge of El Yunque Rainforest.

Trees towered above us. Flowers and fruits grew everywhere. We could hear the cries of small frogs all around. ("Cocqui!" the Spanish signs explained how they chirped).

Compared with my Texas Panhandle hometown, we were visiting another planet. My hometown usually receives about 8 inches of rain each year; El Yunque receives 200 inches. There are few trees in sight in my hometown; the foliage is as thick as a wall in some places in the rainforest. And of course, everything here is strikingly green.

We stopped at a visitor's center so that my dad and Nawnie could go into their theater and watch a short film about the history of the rainforest. The center was filled with small exhibits about the wildlife in the forest.

Meanwhile, my mom, brother, sister, and I went on a short hiking trail along the edge of the forest. 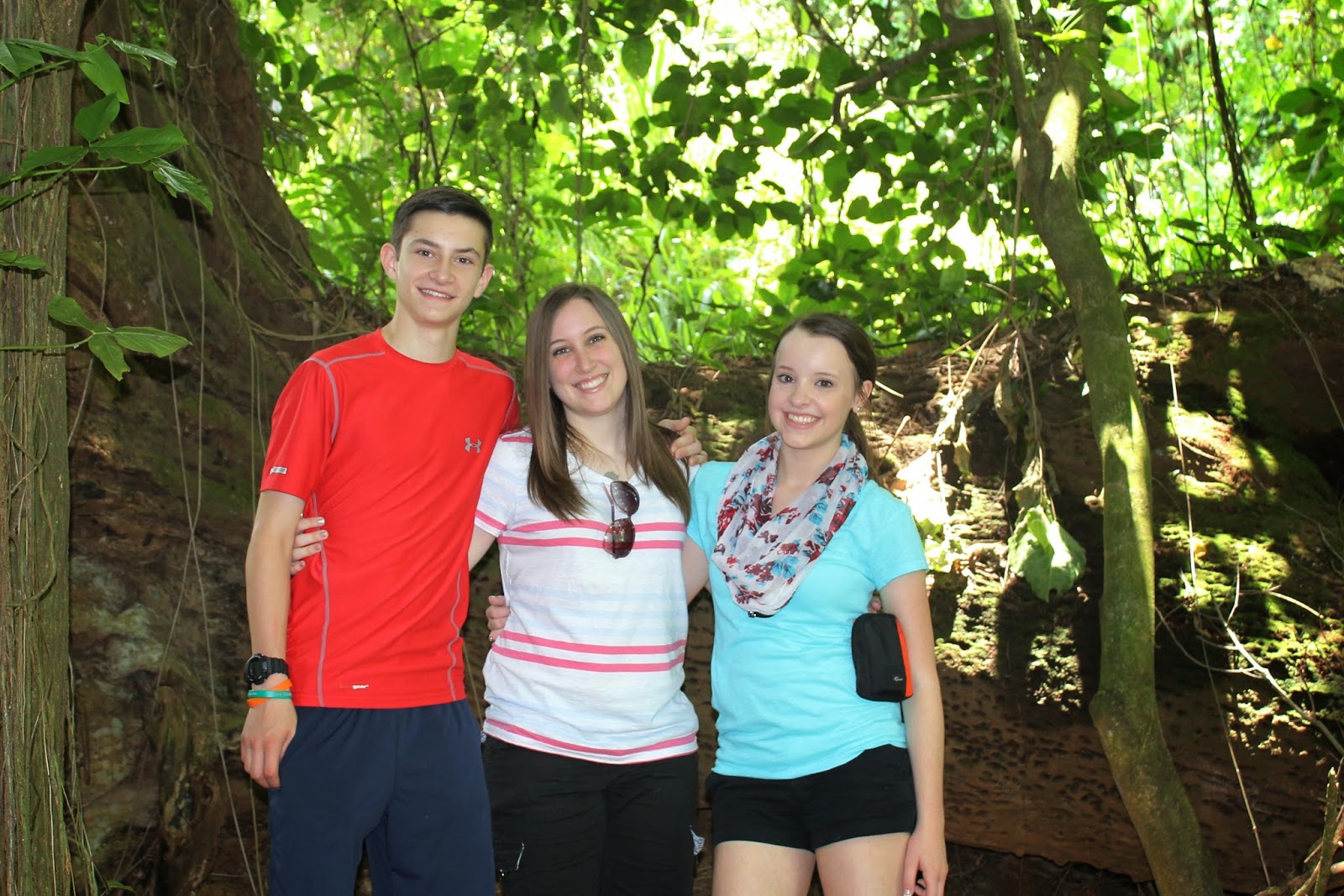 Luke loved the thick vines that brushed the ground like hanging ropes. Almost immediately, he tested to see how sturdy they were. My family's little Tarzan. (He will attack me if he reads this.)

The trail was steep in places and marked with loose gravel. We ventured carefully along the path in our tightly-strung Chacos.

Since Nawnie and Dad didn't get to hike, we took a long drive to the top of the mountain, up to where the Yokahu Tower overlooks much of the island of Puerto Rico.

A month ago, there was heavier rain than usual and massive landslides caused many of the hiking trails to close. As we wandered through the rainforest and drove along the mountain road, we caught glimpses of the devastation caused by the rainstorms.

Along the road are lookouts where travelers can stop and see beautiful waterfalls and bamboo forests. We paused to take photographs of the towering La Coca Falls. 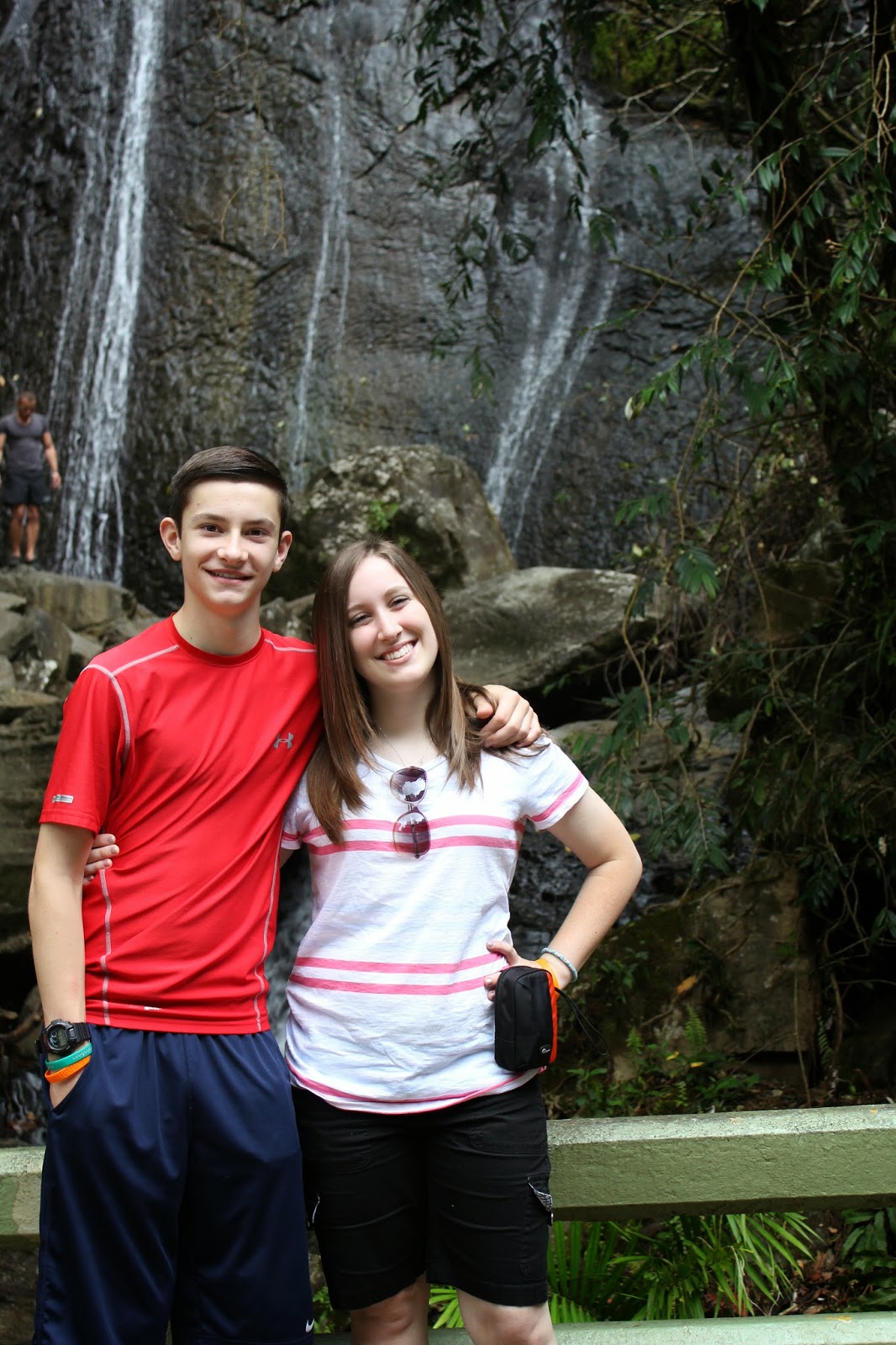 Water cascaded down the mountain. A few adventurous adults were climbing on the large, blocky rocks near the bottom of the falls, but my family settled for watching from the safety of the guard rails.

By the end of our drive, we had reached nearly the very top of the 3,000ft mountain. The roads were winding and narrow, and I think we were all feeling a little queasy by the time we found our way back to the edge of the rainforest. But it was beautiful, every single part of El Yunque that we saw. 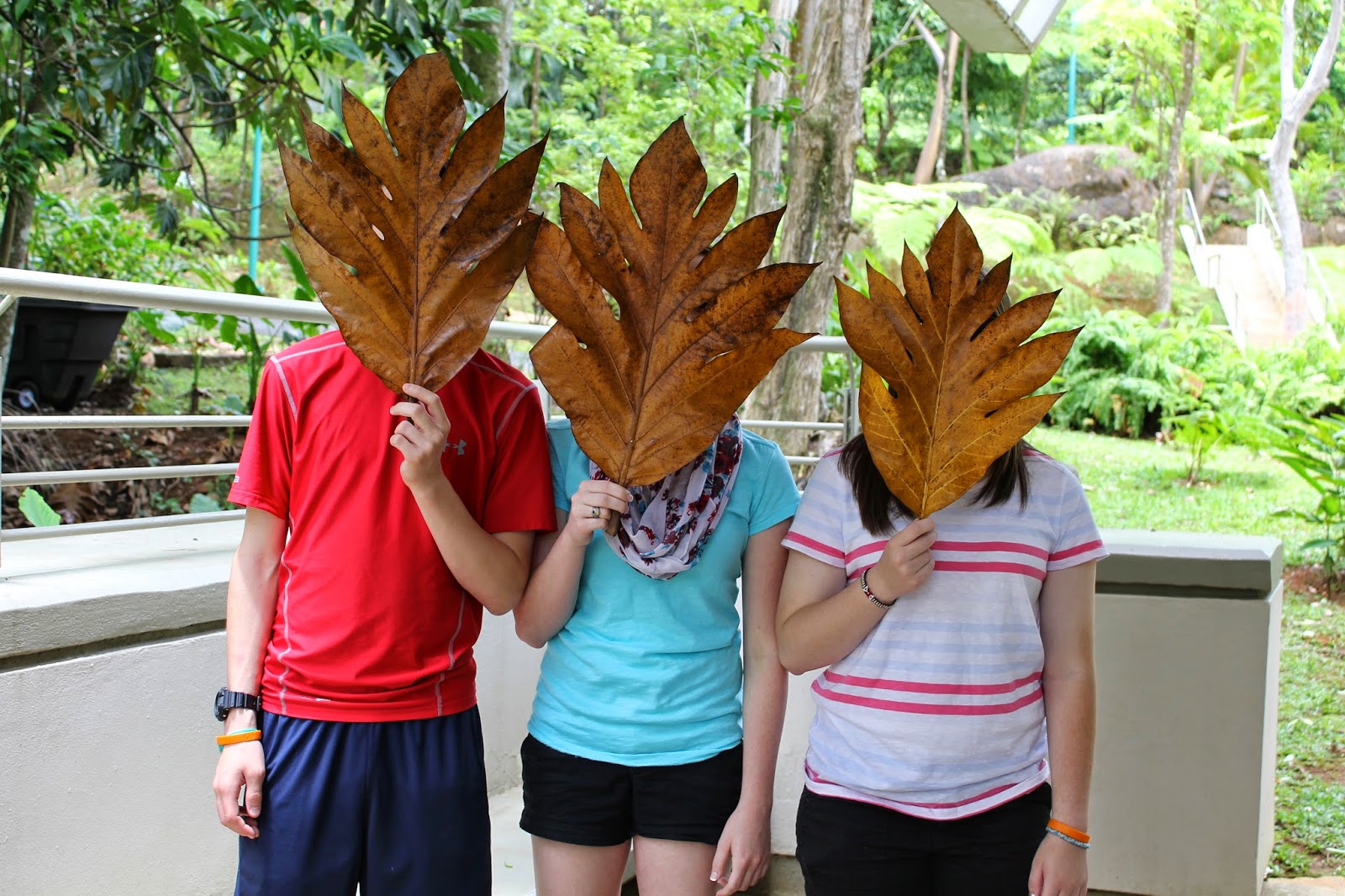 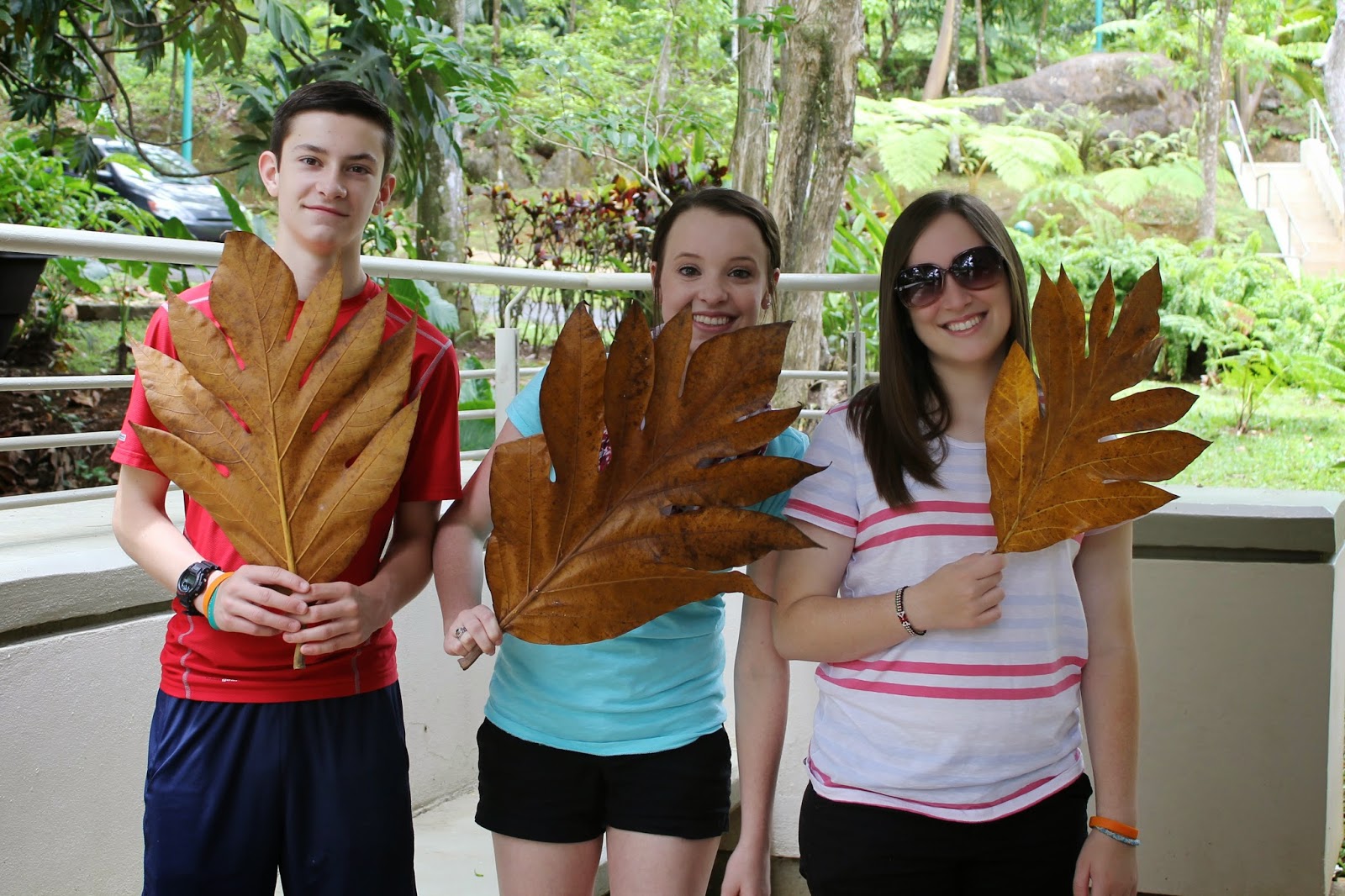 Later in the evening, my family drove to Old San Juan, where the cobblestone streets were lined with quaint buildings painted in pretty pastels. The parking was insane in the most popular area in the city on a Friday night, so we explored for a while and then settled for a paid parking lot on the very edge of the downtown area.

The sun was setting quickly, but we had the chance to see some old ruins and towers before darkness fell. 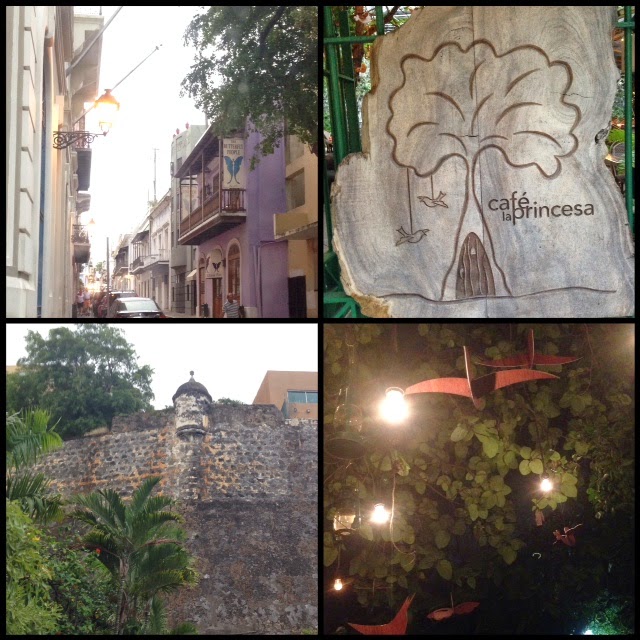 Dinner was had at Cafe la Princesa, which was probably the most romantic restaurant I've ever seen. If I ever go on a date in San Juan, I would choose this lovely place. The restaurant was set outdoors and was cooled by gently whirring fans above our heads.

The prettiest feature was a tree in the entrance. Lanterns and wooden birds hung from the over-hanging branches. It was beautiful. 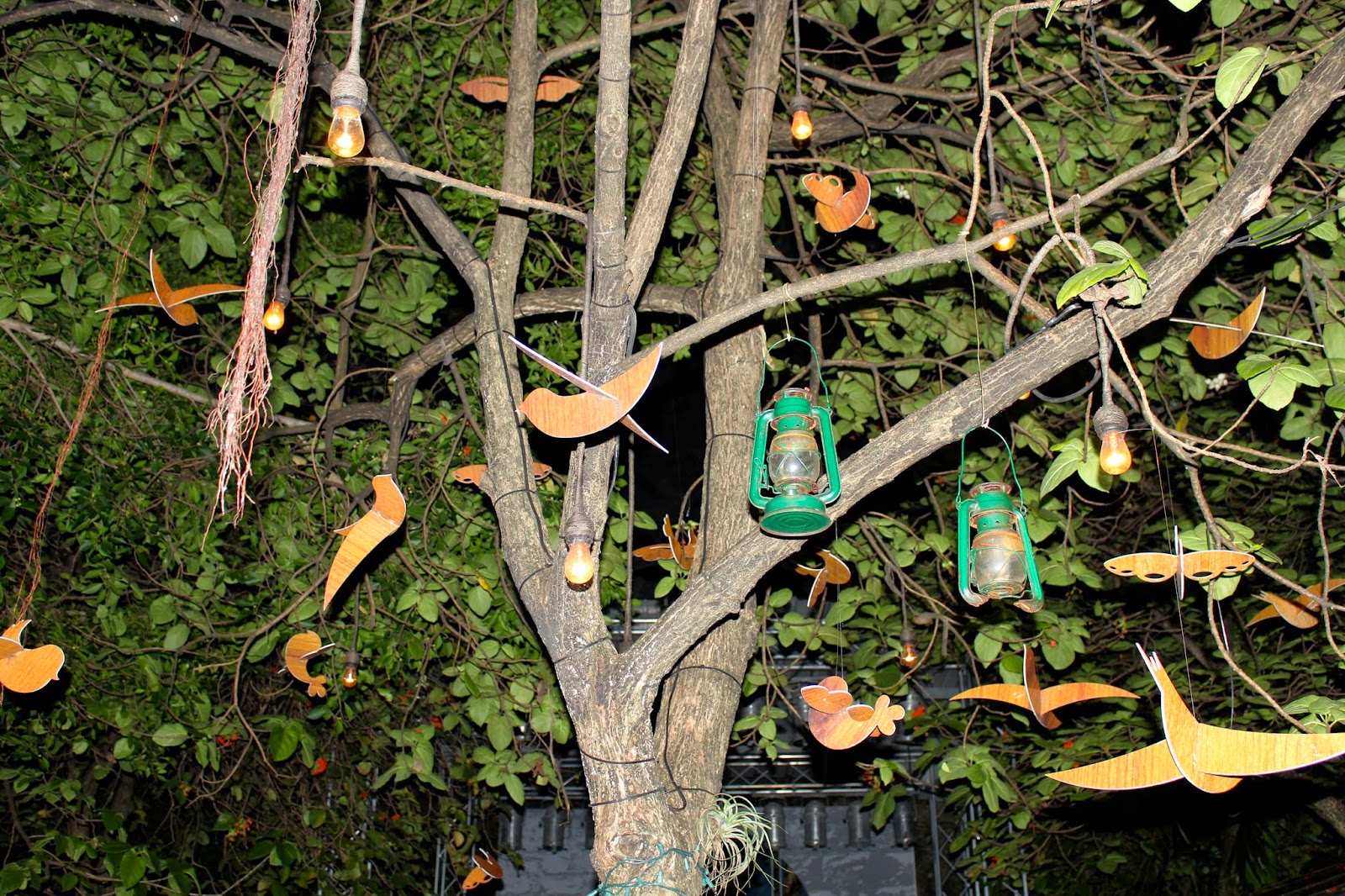 The food was Puerto Rican. The family tried plantain, seafood, pasta, and fried cheese. As we ate, we could hear frogs chirping from the trees around us. (Cocqui! Cocqui!)

After dinner, the family returned to our hotel and a few of us played Farkle (a dice game). The reason I add this small detail to our day's tale is because of Nawnie. Regardless of her actual roll, every time my grandma had her turn, she would declare, "Nothin'!" And for almost the entirety of the game, Nawnie was in the lead. She might have 1,500 points in a single round, but when she first laid eyes on her roll, she would say the same thing. "Nothin'!" 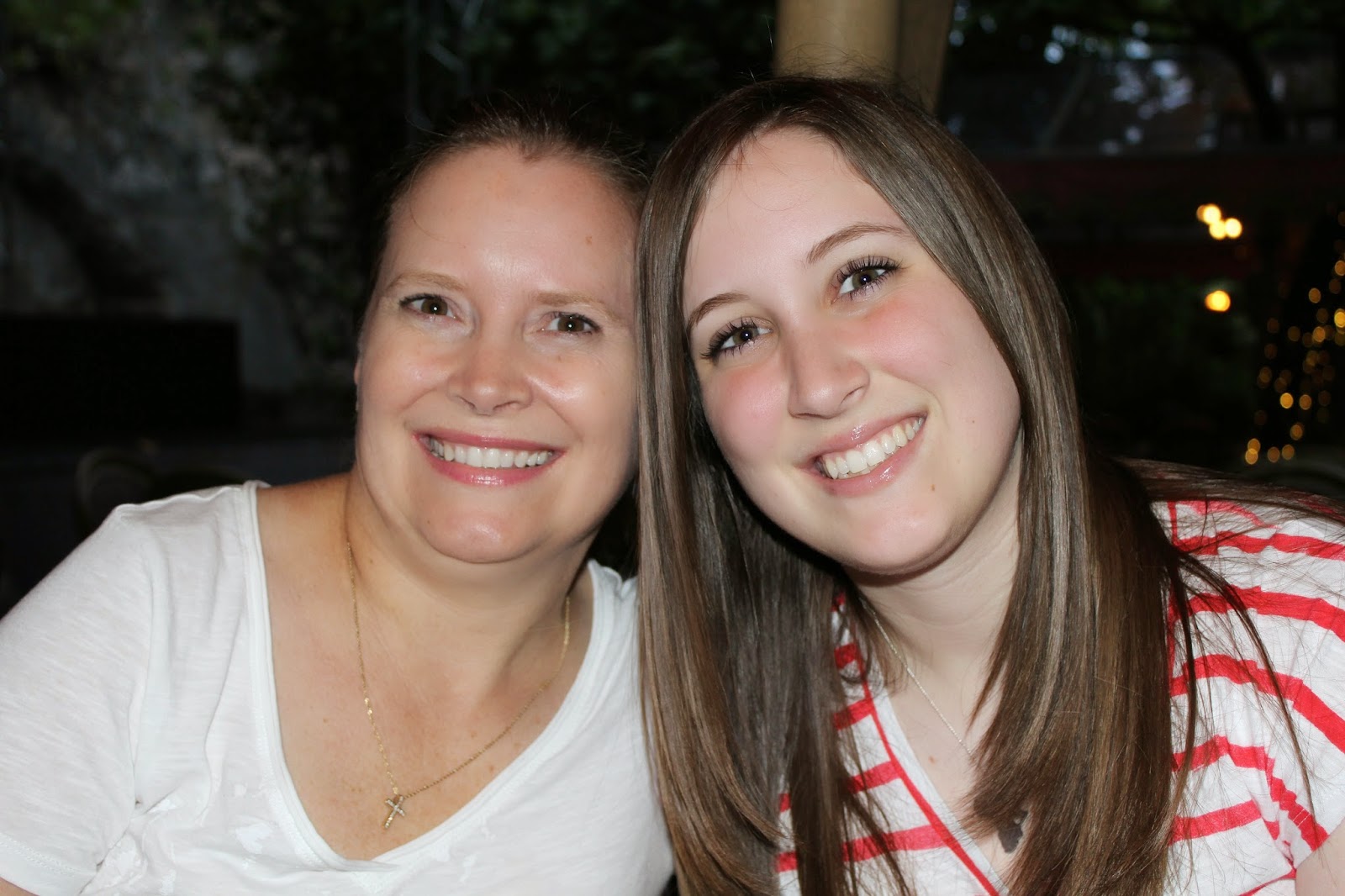 One year ago: The Heat of Summer
Three years ago: An Excerpt of an Action Story from my Childhood
Posted by Emily at 12:00 AM