Hiking Down a Mountain

I love Sint Maarten... or should I say Saint-Martin?

This island is split in half and goes by two different governments, nationalities, languages, and even names. The 21-mile French side uses Euros, French license plates, and is known for being more expensive. The 16-mile Dutch side uses guilders, Western license plates, and is known for being generally more friendly. Both sides of the island have entirely separate laws (St. Martin hosts a nude beach while St. Maarten has legalized prostitution). It is even expensive to call from one side of the island to the other, due to international rates!

So many diverse cultures can be found on this island. My tour guide, Claudette, spoke four languages: French, Dutch, Creole, and English.

The island as a whole is beautiful. Fruit trees and mimosas are scattered everywhere you turn. The houses have been painted with bright colors, whether built in the Dutch or French style of architecture. Mangoes, papayas, and bread fruits grow freely. 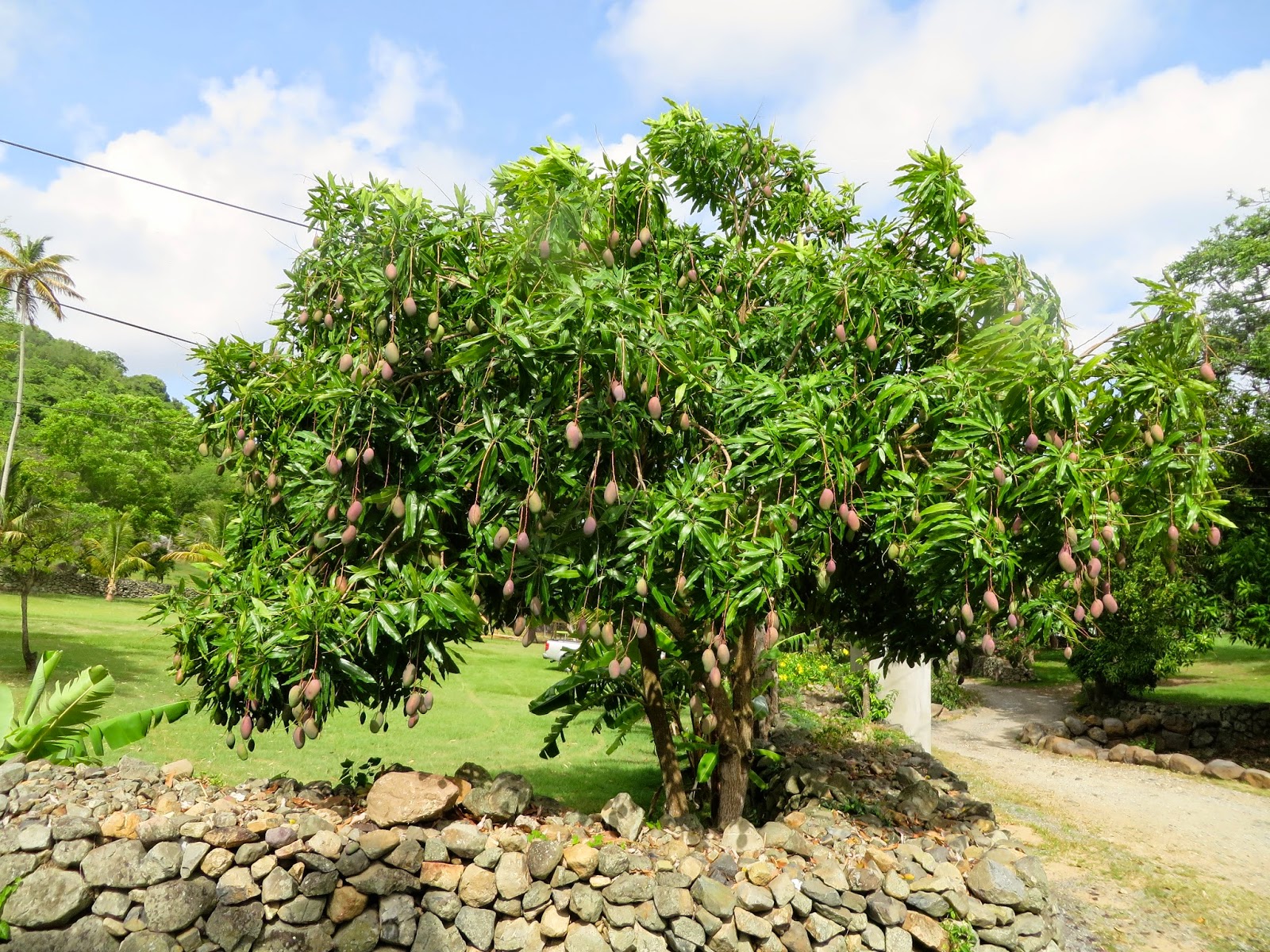 Today my family split into groups. While Mom, Amy, Luke, and Courtney went on a zip line and ropes course, my dad and I took a hiking tour down a small mountain called Pic Paradis.

Early in the morning, Dad and I met up with Claudette at the pier. She gathered our small group of 8 onto a bus and we drove 30 minutes from St. Maarten, the Dutch side of the island, to St. Martin, the French side. Rich, green mountains bordered our line of vision. Apparently there used to be a rainforest on the island, but the slave masters and plantation owners had so many trees cut down that it is only now approaching such a status again almost two hundred years later.

At the base of the mountain, we switched vehicles to an open-backed car lined with benches that Claudette called a "Zoom-Zoom." We began a precarious ride up the face of the mountain. A sharp cliff hung on one side of the vehicle, and large potholes and loose gravel made for a bumpy and at times intimidating journey as we moved up the steep road. At one point, we dropped off an "Extreme Zip Lining" team and kept going even higher.

Perhaps a quarter of a mile before we reached the top of Pic Paradis, a dog burst into sight from among the trees and began excitedly following the Zoom-Zoom. Pepe the dog apparently belongs to a local millionaire. She enjoys hiking up and down the mountain with the tourist groups each day and is adored by all who meet her. I doubt there is a dog in existence happier than she is. 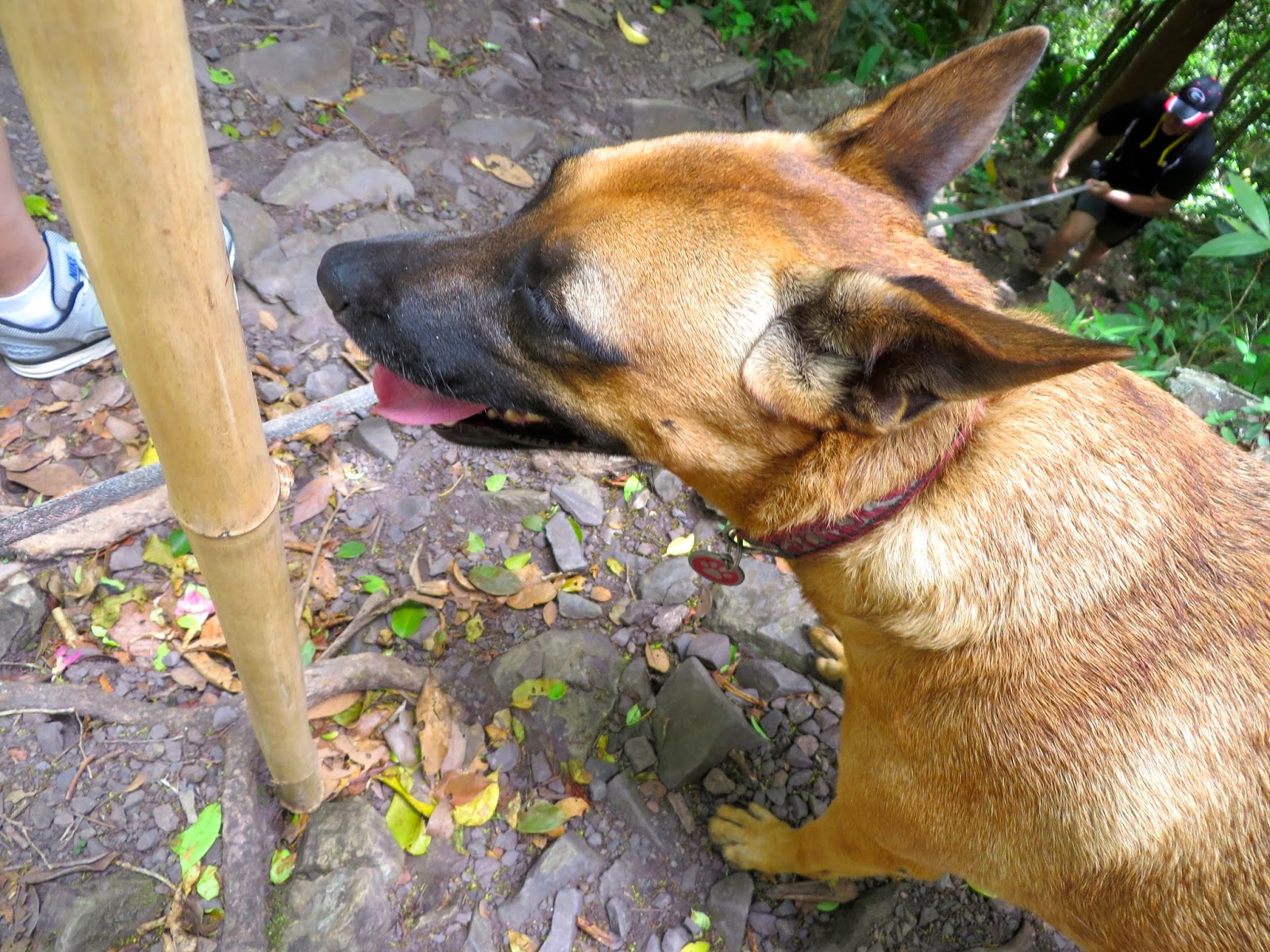 We eventually reached the top of the mountain and were able to gaze down at the entirety of St. Maarten: white beaches, lush trees blanketing the mountainsides, and a turquoise ocean as clear as glass. We could even see our cruise ship, Jewel of the Seas, waiting for us in the harbor.

Armed with bamboo walking sticks, our small team began the trek down the mountainside. The trail was hard work. At times, it was steep enough to give me the shakes as I took long, tremulous steps from one rock to another. Other times, the trail was peaceful, sturdy, and shaded by a canopy of heavy trees.

The terrain varied with each new turn of the road: loose gravel, collections of blocky stones that marked the sturdiest way to make it down the steeply-inclined path, and even ankle-deep leaves that at times hid the forest floor completely. 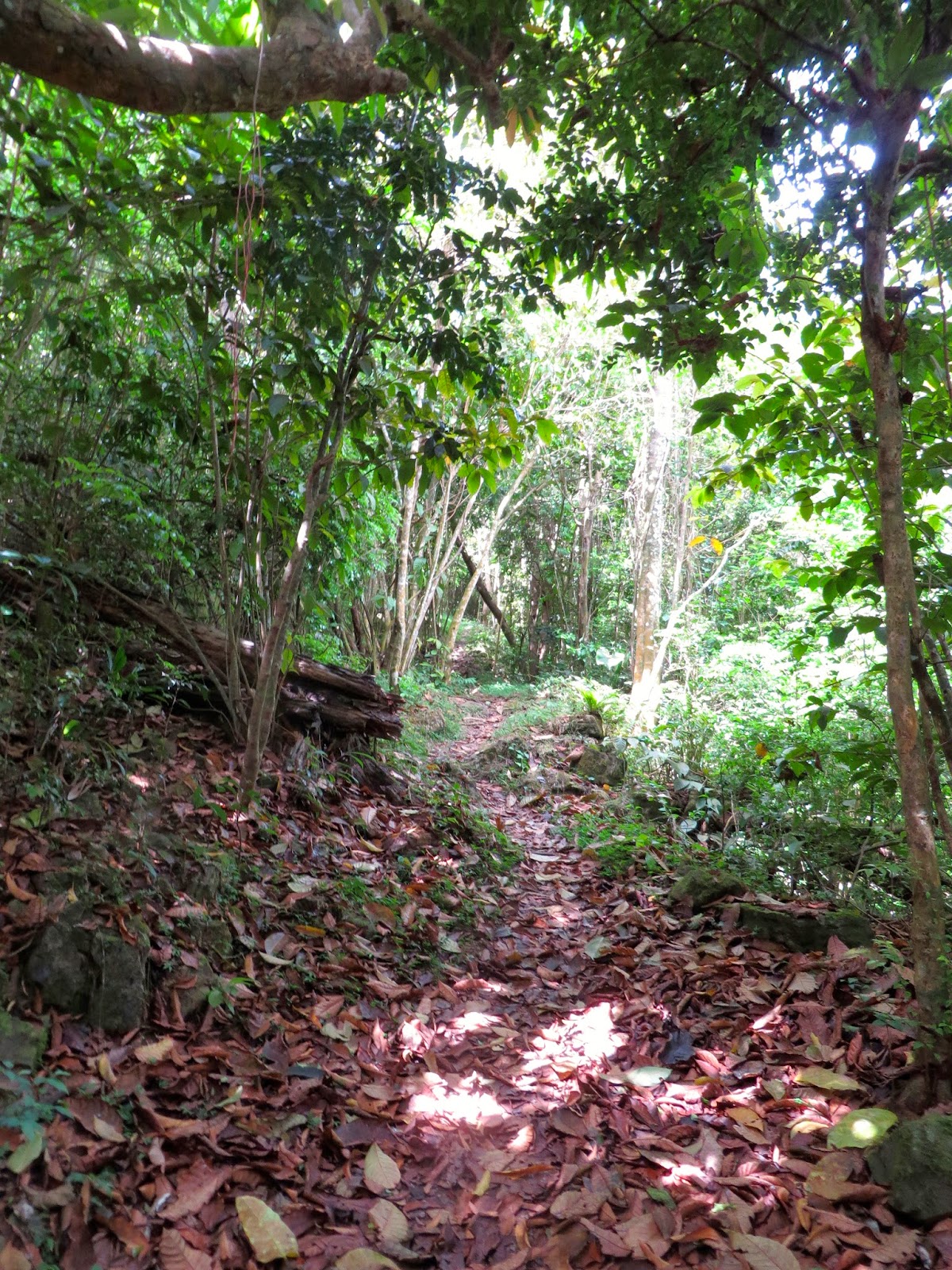 Claudette seemed to know everything about the species of plants that lined the hiking trail. She showed us all sorts of fruits and herbs and what ailments each of them could heal. Every so often, we would gather around a gum tree (also called the tourist's tree, since it turns red in the sun) while Claudette tapped at the bark with a stone so that we could all smell the piney sap, or we would pause to touch the unusually cool trunk of a guava tree, or we would examine the shelled fruits of a tamarin tree, or we would smell the tangy scents of various leaves, or Claudette would walk by and place a Yellow Bell (buttercup) in my hand. After finishing the hike, I felt like I knew significantly more about flora and fauna than I ever have before.

A monkey followed closely behind us for a little while. It ducked behind trees whenever it noticed our attention.

Slavery was once the main source of income for this island. Slaves worked bountiful fields of sugar cane and cotton. On our bus ride to Pic Paradis, we passed a piece of land that once held 300 working slaves at any given time. On the mountain, we came upon a secret sugar cane crop. Slaves would grow the sugar cane between the trees as a shelter from the elements. They would then take the harvested cane to a nearby hidden distillery and make moonshine. Decades later, explorers found the ruins of their hidden act of rebellion.

The hiking trail took about an hour and a half and spanned 2.5 miles. By the end, I was exhausted, but so happy.

I'm not one for swimming, so excursions like this one are more of my thing. The trail was challenging but never overwhelming. The scenery was strikingly beautiful. The tour guide was darling. And best of all, I got to spend quality time with my dad and make memories we will not soon forget.

To conclude the day, here are a few pictures from dinner.