The Oldest Horse on the Island

This morning I embarked on an excursion on the island of Antigua. My mom, Amy, Luke, Courtney, Grandma Marcia, and I chose to go horseback riding along the beach for a few hours.

Antigua is a beautiful Caribbean island, although most of its beauty lies more in its beaches than its mountains and trees. The tiny island has 366 beaches in total.

Our group gathered after a bus ride to wait for our horses to be chosen for us. When I was younger, I took English riding lessons for a year or two, so I knew a few of the basics. However, I only ride once every two or three years now, and horses are strong and intelligent creatures that could easily run away with me if they chose to do so. In other words, the more mild-mannered of a horse I am given to ride, the better.

I waited next to Luke. We examined the herd of grazing horses to try and guess which one would be chosen for us. Along the edge of the group was an elderly-looking horse with a face grayed from age. Much of his mane had been carefully woven into dreadlocks. Even from a distance, he looked to be a gentle giant.

"Luke, he is the one I want," I said. "He looks like the slowest, oldest, calmest horse on the island. He is the perfect one for me." My brother couldn't help but laugh. This horse was also probably the ugliest in the group with his wonky mane, hoary face, and sleepy gait, but I was won over entirely. It was love at first sight.

Horse after horse was chosen for members of our group until I was brought to the front. At first, a young and spry gelding named Twisted was led my way and my heart sank, but the stable owner lifted a hand and declared, "No, for this lady, bring Two-Step."

To my surprise and delight, the senior citizen still munching contentedly at the edge of the field was my horse. I beamed, flashed my brother a thumbs up, and gave Two-Step the biggest hug I've ever given a large animal. We were best friends from that moment forward.

Two-Step and I were perfect for each other. He was completely attentive to my commands and gave me no trouble at all. When I asked him to trot, he obeyed, but for the rest of the trail ride, he was perfectly happy to keep a slow and steady pace.

My little brother had the feisty young thing I nearly rode, and this horse seemed to abide in constant irritation that he had to follow the most elderly horse in our group. Twice Twisted passed by my gently-treading senior citizen in favor of green grass or more space to roam.

The trail ride was absolutely delightful. We passed over the crumbling ruins of Fort. James. We wandered through a small forest area with trees that hung down and brushed our shoulders. The best moments were when we walked along one of the prettiest beaches I have ever seen. The view was beautiful, my steed was darling, and I so enjoyed the company of my family.

Overall, the excursion was great fun. Two-Step will always hold a special place in my heart.

For dinner, my family attended a Murder Mystery Show. At the beginning, we were served hors d'oeuvres, champagne, and caviar while we watched a show put on by a wildly-dressed cast of performers that pretended to be part of the New York mob. Of course there was a murder and it was up to the audience to guess who was the killer. I loved watching my Nawnie enjoy the show. 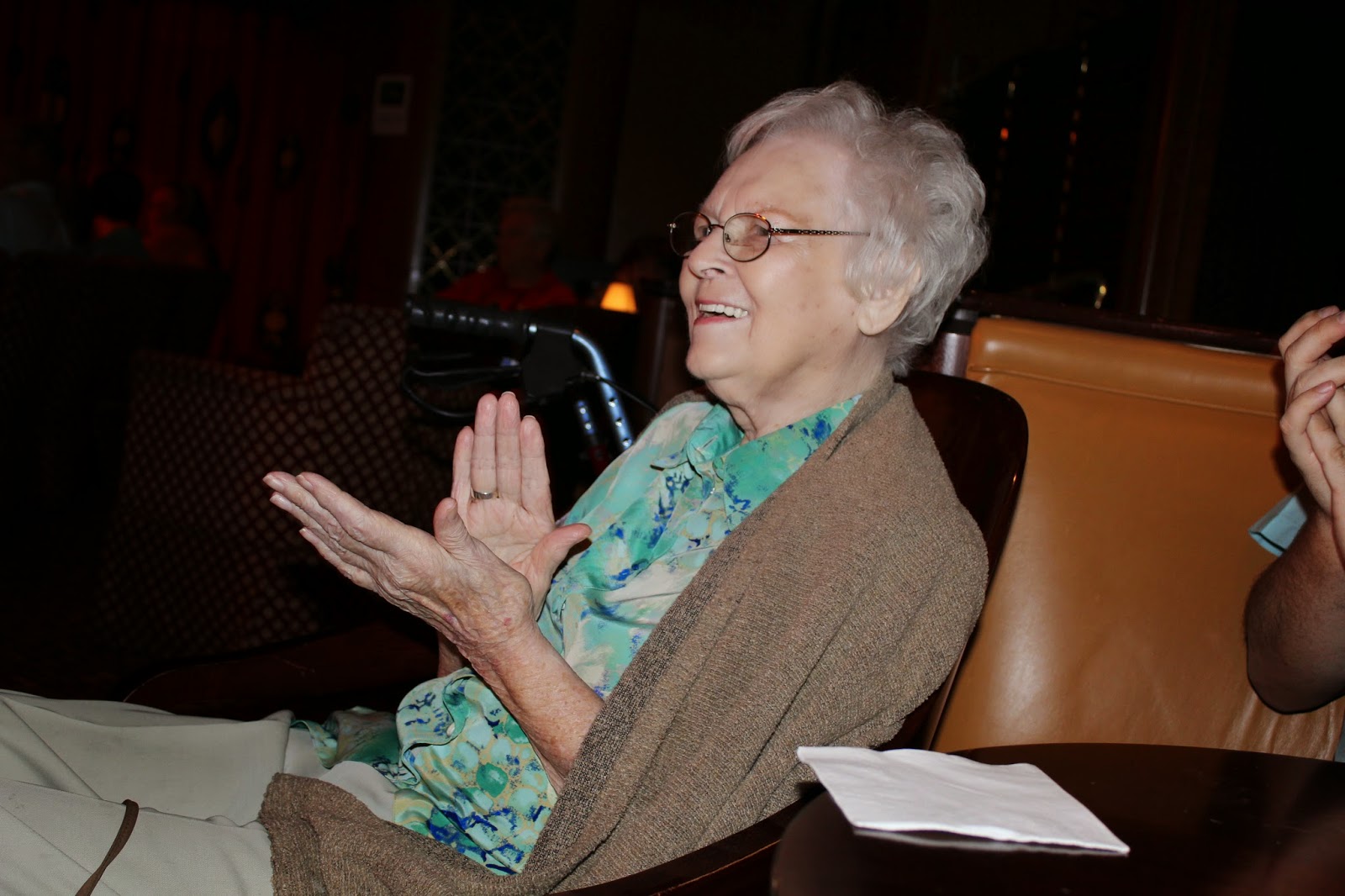 We were led into a dining hall, where we were served a four course meal of antipasti, minestroni soup, filet mignon, and tiramisu. The dinner was delicious, we found out the true murderer (I was wrong), and Grandma Marcia won the prize for the night.

It is more than 200 miles to the next island, Barbados, so our cruise ship is moving quite faster than usual tonight. During dinner, I watched the wine in each glass sway with the motion of the ship. We will not dock until late tomorrow morning.