Day 21: What do you miss most about your childhood?

I miss the creativity.  My imagination was HUGE when I was a child.

If my mom told me to do the dishes, I was suddenly a poor girl trapped into slavery, washing the dishes by hand because it was harder and more "realistic."  If I needed to make some extra money, my friends and I were suddenly clever businessmen, posting signs everywhere and selling homemade bracelets and pink lemonade to neighborhood children.  If I watched "Lion King," I became a lion for the next two weeks, growling at anyone who passed by. 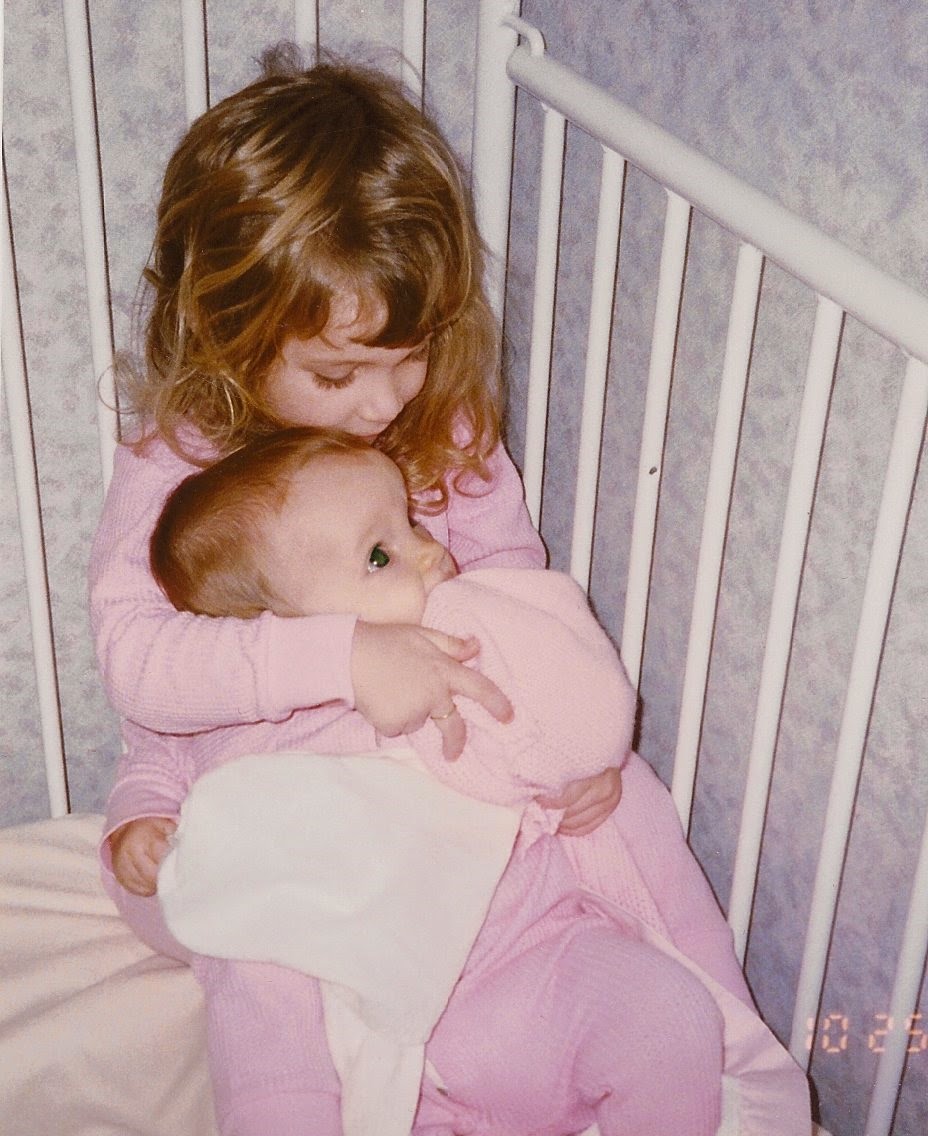 I remember making a calendar one month where each day stood for something different.  On the first day of the month, I would pretend like I was a bug.  I'd crawl around with my pretend antennas and mutter in gibberish all day.  The next day, I was a captured Indian princess, trying to hide from my mom, my evil captor.  The next, I was an evil mystical wolf with giant fangs.

Once I pretended like I was my little sister's pet horse, Star, for over a month.  I even slept on the floor behind her bed because it was my stall.

When I was about three or four, I pretended I was a "Pound Puppy."  Remember those things?  I was obsessed with those little stuffed dogs.  My pretending game lasted for weeks.  I actually ended up rubbing all the skin off of my nose from sniffing the ground all the time.  I remember inspecting my poor nose in the bathroom at church.  A lady saw me and gasped.  "Who did this to you?" she stammered.  I had no idea.  It didn't connect in my young brain that rubbing my nose all over carpets for a few weeks at a time would remove my skin.

In the house next to mine, there were a couple of girls around my age.  We had many interesting adventures together.  One of them you may remember: Rebekah from the prank wars.  Those girls and I made up all sorts of crazy games.  I'll list a few.

In "Hypnotized Kitties," we would each be adorable kittens with names like Pom Pom and Crystal who had been kidnapped by an evil scientist.  He strapped battery packs to our backs and put us in a cage (the trampoline).  We wouldn't be able to control our own bodies anymore, so he'd make us "fight."  During our fights, we'd attack each other and bounce all around the trampoline, shoving and throwing punches and apologizing the whole time, since it wasn't actually us fighting.

In "The Pit Bull Game," the oldest of us would be a pit bull and the rest of us were adorable puppies with names like Cupcake and Britney.  Trapped in the trampoline cage, our goal would be to see if we could escape from the evil pit bull pound-keeper.  We rarely could.

We decided we were real life spies, so we held "Spy Lessons" for the other kids on our block.  We would all meet after dark, because that's when the real spies met.  We would have them run laps and do push ups and sit ups.  Every time a car drove by, we'd all practice throwing ourselves onto the ground in the shadows so no one could see us.  Once I remember getting in trouble because my black pants were dirty and I decided to wear my black velvet skirt instead.  My mother wasn't too thrilled with the idea of me crawling around in the backyard with black stripes on my face while wearing my nicest outfit.

I had a very interesting childhood.  Sometimes I feel bad for my parents.  Rebekah and I once pretended we had been kidnapped after walking to the park one day.  Our moms would always give us a Walkie Talkie to communicate with them.  "Mom, don't worry!  We got a ride!  A nice man in a red truck gave us some candy and then said he would take us home.  He's really nice."  About that time, a red truck sped by our house.  From our spot in the bushes, we could see our two frantic mothers rush out of the house after the truck.

I was a creative child.  What can I say?  I'm still creative in my own way, but my creativity is different now.  I miss the creativity of my childhood sometimes.

What are some of the weird games you would play when you were a little kid?
What do you miss most about your childhood?
Posted by Emily at 2:45 PM

Email ThisBlogThis!Share to TwitterShare to FacebookShare to Pinterest
Labels: Emily