I recently got back from Impact camp.  To be honest, I was dreading it more than I would even admit aloud.  I was pretty sure I wouldn't enjoy Impact, but I was attending because I felt like I desperately needed to meet some Christians who were going to A&M.  I dreaded being surrounded by people I didn't know.  I dreaded attempting to sleep in a room filled with other people.  I dreaded being outside in the heat for hours at a time.  I dreaded using up a few of the precious days I had left with my family. 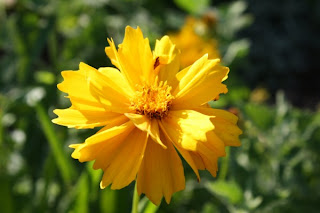 Sometimes if I had my way, I think I would allow my fear to define me.

I plastered a smile on my face, my typical reaction to new places and frightening crowds, and shuffled through the registration line.  I received a yellow lanyard with my name written on a laminated tag that said "Benjians."  I was ushered into a large, loud group of other yellow-wearing teens.  The counselors were dressed in neon hats, tutus, and tall socks.  They had all bleached their hair and many were whooping like Indians.  We were the Benjians, after all.

Everyone was meeting each other, shaking hands, laughing and joking.  I continued to smile, but inside, I felt like my world was crumbling around me.  This was so far outside my comfort zone that any sense of security or calmness seemed too far behind me to ever find again.  Having a "speed dating" session during the two hour bus ride to the campgrounds and meeting about fifty people during this time did nothing to calm my nerves.  So many faces.  So many names.  So many stories.

I went to Impact camp figuring I would hate it while it lasted, but that it was necessary to make some great Christian friends, so I would try to make the most of my situation.  I had no idea how much I would actually enjoy myself while I was there.

An honest fear of mine was that it would be difficult to find other Christians at a state school.  After attending Impact, I have no doubt that God is moving at A&M and that I can be a part of His work.  I learned that 1 in 7 kids at A&M will have gone to Impact, which is fantastic.  I went to a ministry fair and found some great church and mission prospects.  I made some great Christian friends.  My counselors were so enthusiastic and Christ-like.  By the end of the week, I looked up to them so much. 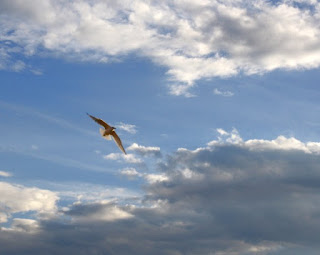 God really taught me a lesson during those days.

Just because something is outside of my comfort zone doesn't mean that it isn't a good thing.  Yes, throughout the entire four days, I was continually thrust into situations that made me feel anxious and uncomfortable... but that wasn't bad.  Without Impact, I think I would be much more terrified about moving out in a few days than I am right now.

Impact is doing huge things for A&M.  I've never been so impressed with a camp before.  Impact finds counselors who are willing to be very active in the lives and spiritual walks of their kids, even after camp is over.  Impact has prayer teamers who are constantly in prayer for the freshmen.  Everyone prepares for Impact and prays over the freshmen eight months before the camp even begins.

Christian friendships are made, a community is created, and much-needed advice is given.  I was shown the importance of attending church while in college and of getting involved in a Christian organization right off the bat.  I was told ways to balance studying and social activities.  I learned the importance of being a light for Christ every step of the way.  We got the opportunity to meet representatives from churches, Bible studies, and Christian sororities and fraternities.  In breakout sessions, we were taught how to glorify God through our lives while at A&M.

I learned so much and even though I felt uncomfortable at times, I am so glad I went to Impact.  I've never been so glad to have been thrown out of my comfort zone.
Posted by Emily at 7:53 PM