Facing the Cliff of Courage

I'm a very cautious person.  While my friends speed in the car, I nervously drive the exact speed limit.  When we're outside in the dark and we hear a noise, my initial instinct is to blindly run in the opposite direction.  I'm an anxious person... but I'm working on it!

I've traveled a lot in my short lifetime, visiting about fourteen countries (including the United States).  During each trip, I usually end up doing something quite adventurous that shocks people who know me.  When I travel, it's like I lose quite a bit of my nervousness and I want to experience new and crazy things, like petting the wild cheetah in Kenya or moving in with a European host family and attending an Austrian school for a few days.  I don't mind adventure when I'm traveling, especially when I'm on a mission trip.  Of course, some things intimidate me much more than others. 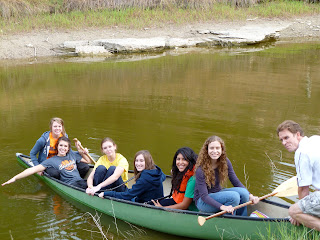 Two of my worst fears are outside water and heights.  When I say outside water, I mean that I'm not afraid of swimming pools, but I'm terrified of lakes, ponds, creeks, oceans... anything outside that I can't say for sure what's inside.  When my friends decided to go on a canoe ride in the creek near Rebecca's house, it took them quite a while to convince me to crawl into that rickety canoe... even though the water was only four or five feet deep and I know how to swim very well.  I'm just afraid of water.  It's an irrational fear of mine.  (I'm the one in the blue sweatershirt, clinging desperately to the sides of the canoe.)


When I was in Mexico on a vacation with my family, we went to Xel-Ha, an outside water resort.  It's very beautiful with fun things to do like ziplining, hikes, snorkeling, and an activity that literally made me feel sick to my stomach at the name.

The Cliff of Courage.

The cliff was about twenty-seven feet tall, hanging over a lake with dark green water.  My two worst fears, mixed into one.  Immediately, I crossed that off my list of possible activities.  There was no way I would ever take the plunge off of a cliff like that.

My dad is also afraid of heights--perhaps even more so than I am--so throughout the day, we made bets with each other: "I'll jump if you jump," both thinking there was no way the other would ever dare to jump off the Cliff of Courage.  Who would willingly throw themselves off a thirty foot cliff into opaque, fish-filled water?  It was ridiculous.

All throughout the day, I had a queasy feeling in my stomach.  I attempted snorkeling and ended up clambering out of the water faster than I even thought was possible once I looked through my goggles and saw giant silver fish resembling sharks swimming beneath me.  There is no other animal that scares me more than a shark.  I knew what the last activity of the day would be.  I dreaded even climbing to the top of the cliff with the others and looking down over the murky water.

As we began the hike up the cliff, something suddenly tweaked inside of me.  The bet between me and my Dad had spread around our group and everyone was teasing us for our fear.  "I can do this," I started thinking to myself.  "I can show everyone how brave I am.  I can do this."  My fear began to subside more and more until we were at the top of the cliff and I was standing over the edge. 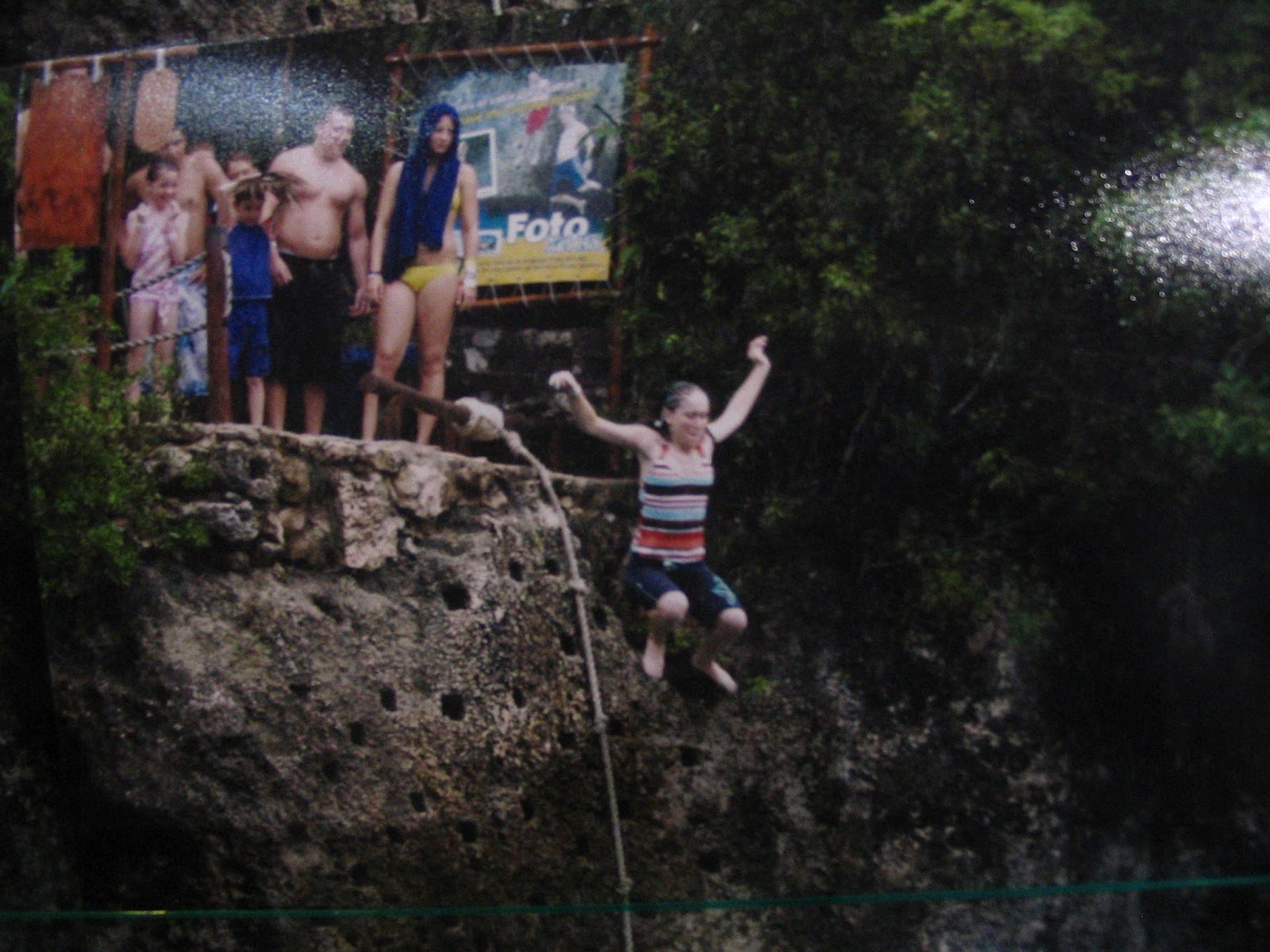 "I'll go first," I heard myself say as I dropped my towel to the ground.  My knees were shaking and I knew that if I stopped for even one second to think about my decision, I would never have the courage to jump into that fish-infested green water.

I glanced at my dad, smiled at the expression of horror coming over his face, and then jumped.

The fall was quick.  All I can remember is the feeling of, "I'm gonna die.  I'm gonna die.  I'm gonna--" SPLASH!  And I hit the water.  It stung the bottoms of my feet and for a moment, I was sure I would be devoured by a mob of angry fishes.  I scrambled out of the water as fast as I could and then stood on the shore with my fists raised.  Victory!  I had jumped off the Cliff of Courage.  I faced my fears.

Hilariously, my dad never could gain the courage to jump that day.  He was very embarrassed, but just like I was afraid I would do, he waited too long to jump and psyched himself out.

Jumping off the Cliff of Courage may or may not be as extreme as strolling through the third worst slum in Africa or visiting the gas chambers in a concentration camp in Austria.  Perhaps the Cliff of Courage doesn't even seem intimidating whatsoever to most people.  I don't know.  All I know is that in my mind, it's the bravest thing I've ever done.  I faced two of my worst fears and made it out alive.
But do know that I will NOT be doing something like that again.

What is your biggest fear? Have you ever faced it?
Posted by Emily at 7:54 PM