U: Underdog you stand up for
Hmm, this is a tough topic.  I've always been one to stand up for the underdog.  When working at an inner city ministry (which is full of "underdogs" who are rejected by everyone around them), I usually picked the kid who was ignored or mistreated by the others.  I have a huge love for the people of Africa, an entire continent of underdogs who can't seem to get a break. 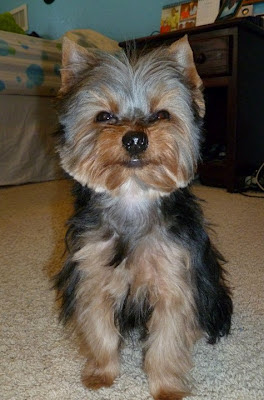 In movies, I always root for the underdog.  I think that's why I love superhero movies like "Spiderman" and "Captain America."  Weak, gangly underdogs always end up beating the bad guys.  I love that.

Honestly, I think most Americans tend to root for the underdog.  After all, America as a nation used to be an underdog.

Think about TV shows like "The Biggest Loser," "America's Got Talent," and "American Idol."  We root for the nobodies and average joes.  That's why Susan Boyle was such a big hit.  She's a sweet older woman who doesn't look like she should be a celebrity, but she has the voice of an angel.

So yes, I do tend to root for the underdog.  If I had to pick a specific underdog I stand up for, it would probably be kids who don't seem to have a chance in life.  They could be from Texas or Uganda.  It doesn't matter.  There are so many kids who aren't loved by their parents, who don't get the right education, who don't have anything to eat, who aren't even given a chance.  I have a passion for those kids.

Your environment doesn't have to define who you are.  Kids who grow up in the slums of Africa or my own city don't have to become prostitutes, druggies, or homeless.  They don't have to work a minimum wage job their whole lives or survive only on government aid.  The girls don't have to get pregnant at fifteen.  The guys don't have to join gangs.  They have so much more potential then what they believe of themselves.

One of my favorite things in the world is to tell a kid who has never felt loved in her life, "You are special.  I am so proud of you.  God has huge plans for your life.  I love you, sister."  Immediately, you can see the positivity start to soak in like water into a sponge.

All it takes is hope and a little encouragement.

These kids are underdogs, but they don't have to always be at the bottom.  They just need to be given a chance.

Email ThisBlogThis!Share to TwitterShare to FacebookShare to Pinterest
Labels: poverty