In so many places in the world, orphans have the reputation of being “less valuable.” People truly do not believe that these children have equal intelligence, equal capability, equal worth. 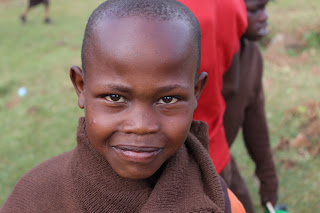 Once Milton Jones (the CRF president) was rejected by a mosquito net salesman who said he would not sell his mosquito nets knowing they were going to orphans, as that would be wasting them. “The orphans will die anyway,” this salesman said bitterly, “and I do not want to waste my hard work.”

The American attitude towards the orphan is certainly less negative. However, apathy exists within so many in the American church. You may believe orphans have precious value—but are you acting on your sentiment? Have you done anything to care for them?

According to UNICEF, there are currently between 143 and 210 million orphans worldwide. Most of these children live in poverty.

Christian Relief Fund works to bring relief to orphans, as well as change their reputation within their communities. CRF sponsored orphans have made it into medical school and law school. They top national exam scores. They are leaders in their communities. They grow up to be involved fathers and responsible mothers and the first in their families to break the cycle of poverty.

If you don’t actively care for any of the hundreds of millions of orphans in our world, I encourage you to do so. Sponsor a child through CRF or give to general funding if you cannot afford monthly support. Give hope to the voiceless and the forgotten of this world Jesus loves orphans with a tremendous and endless love. Shine his love to them.

“And if anyone gives even a cup of cold water to one of these little ones who is my disciple, truly I tell you, that person will certainly not lose their reward.” –Matthew 10:42
Posted by Emily at 5:12 PM